JASD emphasizes the transformational rather than the therapeutic, the educational rather than the psychological, the spiritual rather than the scientific aspects of dreams. JASD programs and publications  dispel the notion propagated in traditional texts mostly men, prophets, and royalty who hear Divine guidance and recognize Divine will. JASD  teaches the sage wisdom of dreams is available to each and every person. Dreams enable us to expand our potential, experience spiritual growth, and foster the common good.

When Joyce  turned forty, after a decade as a political reporter in Washington, D.C., she dreamt the first dream she ever remembered. It inspired an elusive scene for the screenplay she was writing and guided her journalism career. A few months later, she faced a potentially life-threatening health crisis. Dream wisdom disclosed information about her physical condition and effected her healing. As a result, dreams have guided Joyce’s life for decades. 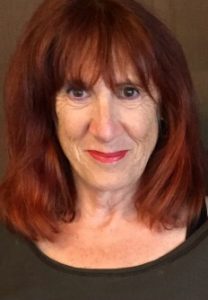 Joyce’s personal experience with dreams led her back to her Jewish roots, where she found meaning in dream references in traditional liturgy.  Returning to Judaism with deepened awareness, she discovered the intricacies of the power of dreams permeated the same texts and prayerbooks she studied when she was Confirmed in the tenth grade.

Joyce’s parents and grandparents were active in the Jewish community in Columbus, Ohio, where she grew up. The Hillel at Ohio State University was originally dedicated to her grandfather, Edwin J. Schanfarber, because of his passion for the role of Judaism in student life. She learned from their righteousness the Jewish imperative of tikkun olam, repairing the world.

On the first day of Rosh Hashanah, 2008, Joyce dreamed a childhood friend appeared at the entrance of the Los Angeles synagogue and Jewish Day School, where the friend was an administer. She and Joyce went inside to the large hallway between the school and the synagogue, the space joining learning and spirituality. The friend removed her shoes, but Joyce was wearing cross-trainers. They left wet footprints on the black marble floor.

Joyce interpreted the footprints as a sign to revive teaching about dreams, which she had abandoned in favor of reporting about the events of 9/11, but in  the context of Judaism. The dream showed her how to make a difference in the Jewish community as had generations of her family before. 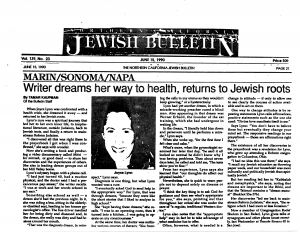 Toward reviving and embracing dreams as a fundamental pillar and practice of Jewish spirituality, in 2019 Joyce co-founded the Jewish Association of Spirituality and Dreams with Rabbi Gaylia R. Rooks, Rabbi Emerita of The Temple, Louisville, Kentucky.

JASD envisions Chalom Circles becoming as popular an offering in the Jewish community as Mah Jongg games are now.

To revive the guiding, healing, and transformative powers of dreams, to support seekers in expressing dream wisdom in their creative, personal, and professional lives and in their social activism, she writes and lectures about how to integrate dream messages into our life journey.

Joyce is the author of Plum Dreams Diary: On Mothers, Men, Modern Medicine, and the Divine, a collection of dream narratives exploring the female psyche, and Dreams and the Wisdom Within, part memoir, part spiritual guide to healing and dreams.

Christine is founder of the Interfaith Forum in Columbus, Indiana, A former hospital chaplain, Christine is a spiritual director, who infuses her chaplaincy and spiritual directing with dream work. She is also executive producer of Dreamtime: An Integrative Health Series for the Public Broadcasting Service. For Christine, dreams are our inner GPS — if we listen. 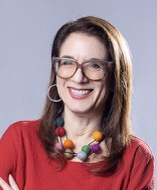 Ilene Serlin has extensive experience in healing modalities and deep knowledge of  dreams, the Torah and Jewish practices. She led the Rosh Hodesh group at Temple Kol Shofar, Tiburon, California, infusing the monthly gatherings with cultural and religious lore.

As a psychologist and dance therapist, Ilene has worked in mind/body health for more than three decades. Her focus is healing trauma.Ilene’s pre-doctoral internship was at the C.G. Jung Institute of Los Angles, where she studied under James Hillman, who founded the archetypal psychology movement.

Shari’s life-long bond with Judaism intensified in 2004 when she studied for her adult Bat Mitzvah. Chanting the words of the Torah spoke to her;  the Torah continues to hold special power and energy. Shari trains b’nei mitzvah students internationally. A past president of Kona Beth Shalom synagogue in Kona, Hawaii, Shari’s mission is to create community by engaging participants so they reap the fullness of Jewish tradition and ritual. 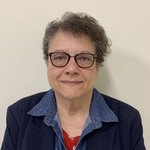 Associate professor in the graduate school of medicine at Hirosaki University (Japan), Shari is a student in the rabbinical studies program at the Jewish Spiritual Leadership Institute.

Shari believes, “Dreams mainly occur at night, when Jewish thought teaches us our souls are entrusted to the divine for safekeeping, until breathed back into us in the morning, I’m fascinated with the divine-dream connection, that is, what dreams teach us and impart into our souls when we open our eyes.”

ABOUT THE  FOUNDING OF JASD 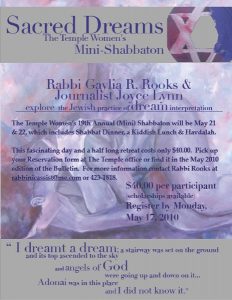 In 2010, journalist Joyce Lynn and Rabbi Gaylia R. Rooks, led “Sacred Dreams: Exploring the Jewish Practice of Dream Interpretation,” a weekend retreat for the women of The Temple in Louisville, Kentucky, where Rabbi Rooks was then senior rabbi.

The richness of dreams woven into the Shabbat services and the enthusiasm for learning about dreams by the participants motivated Joyce and Rabbi Rooks to create JASD.

Rabbi Rooks was also JASD co-director until March, 2021, when she launched  Shelter of Peace, where she now serves as rabbi.