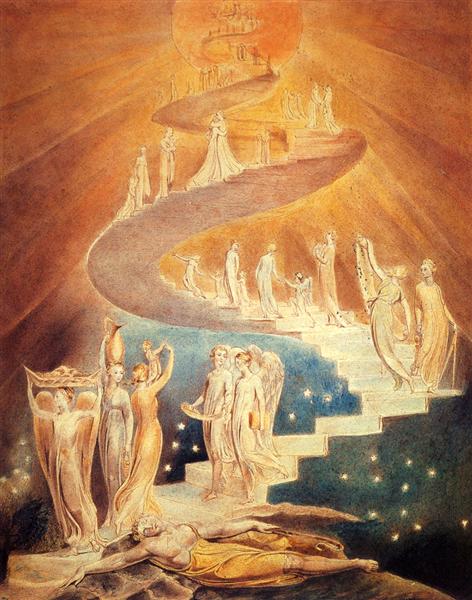 He had a dream; a stairway was set on the ground and its top ascended to the sky and the angels of God were going up and down on it. – Genesis 28:13

Like angels ascending and descending Jacob’s ladder, dreams link heaven and earth, the physical and the cosmic. Dreams, the language of the soul, the voice of the Divine, open a sacred space to connect with God.

Dream allusions fill our prayerbooks, Torah, Talmud, and Kabbalah, but in modern Judaism dreams are a neglected part of our heritage. Prayer and deeds of loving kindness are established practices and meditation a rediscovered tradition of Jewish spirituality, yet our religious institutions have lost appreciation of dreams as an entrance to holiness.

The Talmud, rabbinic teachings of Jewish law, contains a dream manual (Brakhot 55a-57b). The Torah illumines the importance of dreams. Throughout, God appears in dreams and visions to prophets and kings: to Abimelech (king of Gerar) in “a dream of the night,” to Israel “in visions of the night,” to Moses in “a flame of fire out of the midst of a bush.”

In the Torah, Joseph translates Pharaoh’s dreams of plenty and famine, leading to a public policy that saves the Egyptians from starvation. King Nebuchadnezzar suffers the physical and emotional toil of defying the will of God as imparted to him in a dream. God, in dreams, grants King Solomon the gift of wisdom.

Readings in Gates of Prayer: The New Union Prayer Book crystallize facets of dreams: “I find You in the marvels of Your creative might. In visions in Your Temple/In dreams that bless the night.” And, “Grant, O Eternal God, that we may lie down in peace, and raise us up, O Sovereign, to life renewed. Spread over us the shelter of Your peace, guideus with Your good counsel, and for Your name’s sake, be our Help.”

Yet, in Judaism today, the guiding, protective, and healing aspects of dreams are forgotten. Prominent Jewish spiritual centers list Torah study and meditation as paths to Jewish wisdom and a relationship with God but omit dreaming as a mystical mode. Sisterhoods sponsor bridge tournaments, Mah Jongg games, and yoga classes, but dream circles are rare.

JASD is here to restore dream awareness as a fundamental pillar and spiritual practice of Jewish spirituality and all faiths.